If you’re traveling to Colorado and love both nature and weed, be sure to pick up a stash and head to the Rocky Mountain National Park. Whether you’re looking for an easy stroll through the woods or a vigorous hike to the top of a mountain, there’s plenty to explore. Here are a few suggestions to get your ganja-fueled mountain tour going.

Just over half a mile long, this trail is one of the easiest in Rocky Mountain National Park. It loops around the small and beautiful Bear Lake, and is lined with pine trees most of the way. Whether you stroll the trail in the winter when it’s covered in snow, or in the steamy summer, the treeline protects hikers from wind and extreme heat. You’ll also get to catch a glimpse of several bird varieties, in addition to elk and deer. Four miles long with a total elevation gain of 405 feet, this trail is also considered one of the park’s easier hikes. The trail begins at Ute Crossing, above the treeline where you can marvel at the tundra scenery. While relatively flat most of the way, you’ll only have to climb Tombstone Ridge at the beginning of the trail, followed by another small climb about a mile in. Since the trail begins at an already high elevation, expect a good deal of sun, wind, and maybe stormy weather in the afternoon. This is one of the most beautiful lakes in the park. To hike to Lake Helene, you must first start at the Bear Lake Trailhead. On the way, you’ll pass Odessa Lake, Flattop Mountain, and an aspen grove as you begin to climb Bierstadt Moraine. All in all, the trail is about 6.5 miles. 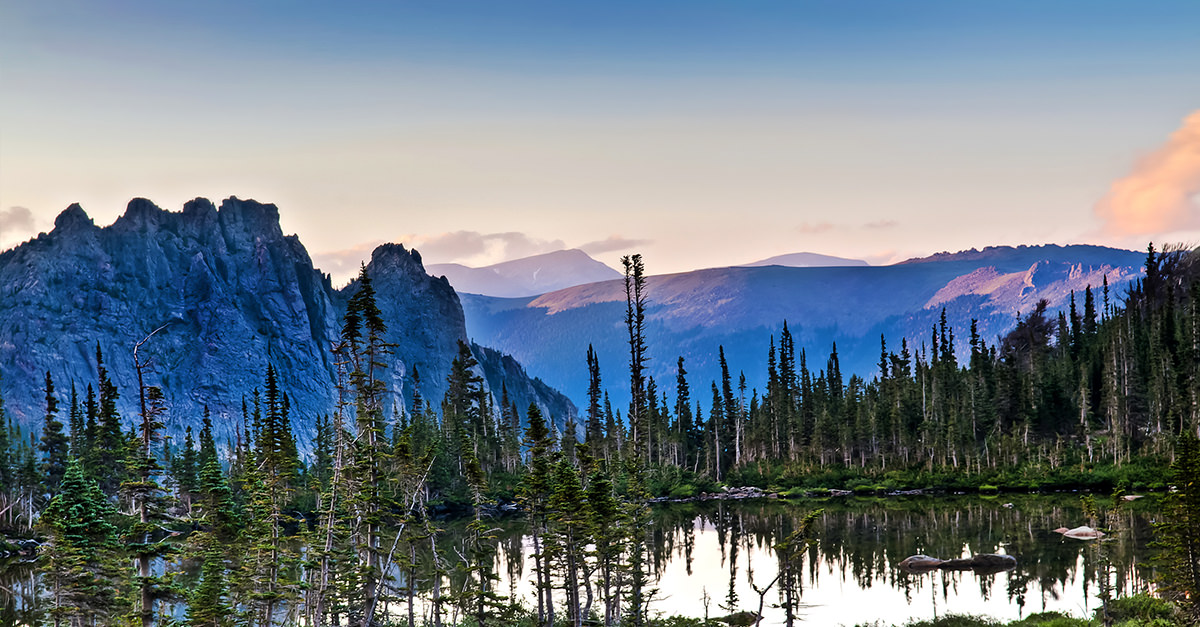 This is one of the more strenuous trails in the park. A total distance of 15 miles, the trail also has an elevation gain of 5100 feet. Since Longs Peak is the tallest peak in the entire park, most people begin at 3 am in order to get to the top by noon before it’s too hot out. This means you’ll need to wake and bake early. Don’t feel pressured, though, to make it all the way to the top. Chasm Lake, which as at the bottom of the Diamond is also one of the best hikes in the park. This hike is only eight and a half miles, but doesn’t include the same level of incline. Lumpy Ridge is the trailhead for this 3 and a half mile hike, with an elevation gain of 910 feet. The ridge is made of 1.8 billion-year-old granite formations after years of wind and rain thrashing against them. With different shaped rocks, domes, and boulders to observe this is a particularly fun hike for families with kids who want to do some light rock climbing.